With the Automated Scorebook for Football, you can keep your Football scorebook and cumulative team statistics in one integrated package.

Stat Crew products include several options for producing live stats while you are scoring the game. Use the HTML option in legacy or the XML option in legacy. Each version includes boxscore stats, play-by-play narrative, and summary pages of the event. Additional tailoring options are also available, depending on the version in use. 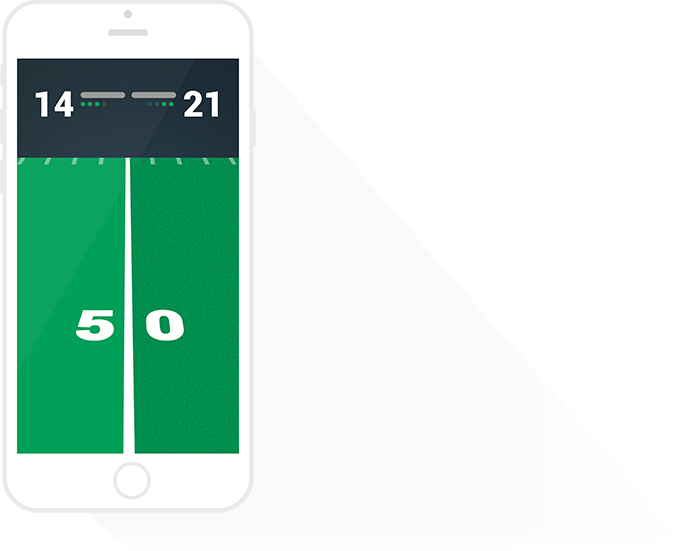 A: Each player must have a unique uniform number during gametime scoring even though some players are wearing duplicate numbers. There are two character slots for the uniform number in the roster function, so for example, if two players wear #24, then in the gametime roster, give #24 to the player most likely to get stats, and #2A to the #24 least likely to get stats in the game. If two #25's, give one of them #2B, and so on. Spotters need a reference list of these uniform numbers, so that they can call the correct number during the game.

A: There is a limit of 110 names on the roster. Our suggestion is to keep around 100 names on the "master" roster (in Utilities), leaving off 10 or so players that will most likely not have stats in a game. Then when you score a game, you can easily add any player (not already on the master roster) in the event that he has a stat or participates in that game.

A: Version "x.3" and later versions of STAT CREW SOFTWARE products support XML reporting to the NCAA for the following:
• Football game-day reporting
• End-year team reporting for team/individual statistics, game results, attendance
• Conference reporting for team/individual leaders, RPI questionnaire, trend reports, single-game highs
• Single-game XML file
In order to create XML files, you must be using version "x.3" or later of the scoring software. We suggest that you also download the most recent update for the version you are using, at http://www.statcrew.com/downloads/.
The end-year XML option for a school for all sports can be found in each sport's Windows Season Reports | Cumes (or Stats) | XML Output. For conferences, the XML option can be found in each sport's Windows Conference Reports | Conference | NCAA Reports | XML Team Reports. The single game XML option for football, basketball, baseball/softball, and ice hockey can be found in each sport's Windows Game Reports | Reports | XML Output.
For more information, refer to the following PDF files:
Generating season XML output for a single team
Generating conference XML output
Generating game XML output for a single team
Sending electronic weekly reporting summary to the NCAA (this links to NCAA instructions)

A: For overtime games, follow these three important steps:
1) End the half as you normally would, then select quarter 5.
2) Set the clock for overtime at 15:00, but do not enter any other clock times during overtime. Do not enter clock time 00:00 at end of overtime. (Time-of-possession is not recorded during an overtime).
3) Select Game Control | Possession Change at the beginning of the overtime. You will be prompted for team, spot of ball and drive start. Do this for each drive in the overtime.
The overtime period can be edited to make these changes to clock times. If necessary, edit overtime plays to change all times to 15:00.

A: For football, follow these steps:
1) Run the Manual Entry feature.
2) Use Game Setup to select the teams and enter Game Info, or load the game if it has already been played and the stats will count.
3) On the Game Info screen, enter FORF in the Record field for the losing team.
4) Select Scoresheet | Line score and enter the line score for the forfeited match in accordance with your league rules if the game has not been played.
5) Save the game.

A: For version 4.9, there is an update at the website, which modifies the RULES.NCA file to reflect new kickoff spot (the 30-yardline). After installing the update, select Utilities/roster maintenance | Utilities Select venue rules and choose the "RULES.NCA - NCAA Football" option. This will enable the change for the next new game.
For earlier versions of TAS Football, setup a new game, then select Game Setup | Rules and set the ball spot for kickoffs to the 30. Save the change.

A: When this happens, press Esc to cancel the punt, FGA PAT, sequence. Then, enter this as a miscellaneous fumble (Other, Misc Fumble), then continue with the scoring of the play. Note the miscellaneous fumble should only be used for the special scenarios where a fumble occurs, the offense retains possession of the ball, and no stats are charged at the point of the fumble.